When Will was diagnosed with schizophrenia, he thought his chance for a normal life was over. Now, twenty-four years later, he’s discovered at Fairweather Lodge how friendship, acceptance, and opportunity can transform everything.

When William Owen was in high school, he felt like he had it all together. Though he describes himself as a normal teenager, it’s easy to picture him as one of the “cool kids.”

“We did everything together,” he remembers. His group of friends was athletic and artistic. “We had our own weightlifting club. We made our own band with guitars and drums and all that stuff.” 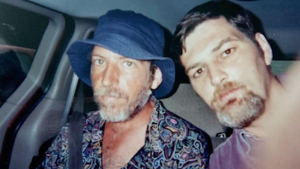 He even had a yellow pickup truck that he describes as “the coolest truck in the neighborhood.”

But one night, everything changed.

“I remember when I first realized I had [schizophrenia],” he says. “I was laying in my bed, and I started hearing voices.” Right away, Will knew something was very wrong.

When Mental Illness Creeps In

Quickly, the life he loved began to disintegrate. Schizophrenia was soon joined by depression and anxiety. It became nearly impossible for Will to function normally. 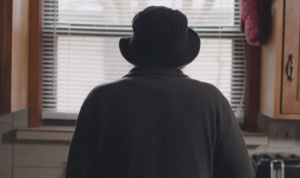 “I dropped out of high school when I was fifteen,” he says. “Because of the voices…I thought people were talking about me and laughing at me. I couldn’t handle that,” he remembers. “I lost my friends, I lost my truck, the band, all of it.”

After dropping out of high school, Will bounced from home to boarding home to state hospital.

“The boarding home was bad. It was the worst situation I’ve I’ve ever been in my life,” he says. The state hospital was better, but not by much. “I would sit at a table with my radio, a cup of coffee, and my cigarettes…and that’s all I did all day and all night.”

A Search for Meaning

Soon, Will started to crave something more. 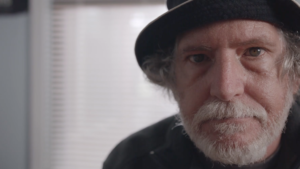 “I thought about the people that worked [at the hospital] and how they were doing something with their lives to help people…it made me start thinking about my own life.”

This is where Endeavors® first met Will. He showed up at Fairweather Lodge as a young man eager to help, to work, to build relationships, and to gain a life he felt was worth living.

Now, twenty-four years later, he is one of our oldest residents at our Fairweather Lodge, a beloved employee at Endeavors® Unlimited, and an active sitting board member of Endeavors®.

“Thanks to Fairweather, I do a lot more now,” he says. “If you want to work, Fairweather at Endeavors® will give you the opportunity to work.”

The Chance to Work

Just a few months of entering the program, Will began to perform exceptional work in the janitorial and landscaping crew. 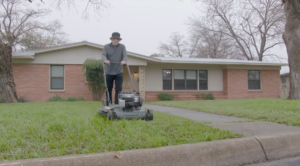 Though Will still only calls himself a “pretty good janitor,” but we think he’s being modest…especially considering his contracts always ask for him by name.

Remembering the Joy of Friendship

Besides professional development, Will also names friendships as one of his favorite things about Fairweather Lodge.

“I have the best friends I’ve had in the world,” he says. “We talk about everything…rock and roll, the ’60s, politics.” They also create art together.

“I have to say, from my heart, Fairweather saved my life and I am eternally grateful.”

Will has now become Fairweather’s oldest friend and biggest supporter, and we are so grateful for the passion and life he has brought our organization. You can watch more of Will’s Story here, and learn more about Fairweather Lodge below!

Established in 1977, our Housing Program is Endeavors®’ longest-running program with a goal of providing permanent supportive housing to individuals and families with mental illness, disabilities, and female Veterans. We provide supportive housing, case management, professional counseling, life skills training, and employment opportunities for our clients so that they can achieve a life full of stability, successes, and self-sufficiency.

For referrals/admissions to the Fairweather Lodge, contact the Lodge Coordinator at 210-208-5700 or email [email protected].

*Endeavors is hosting its annual fundraising event, the Golden Gala on Thursday, October 17, 2019. Proceeds from the event will go directly towards the expansion of the Fairweather Family Lodge. Make a donation, or purchase your tickets today!

Why I Fight For Homeless Veterans In Puerto Rico: Peter’s Story

It’s More Complicated Than, “Just Get a Job.” Why Housing Has to Come First.

Andre’s Story: “From the Sidewalk to My Own Apartment”

How a Job at Endeavors Unlimited Revealed Terrance's Contagious Smile

Mark’s Story: I Fight for Unhoused People Because I Know What It’s Like

Volunteering In Puerto Rico Is “A Work Of Love”